About Loftus Hall and the Hook Peninsula 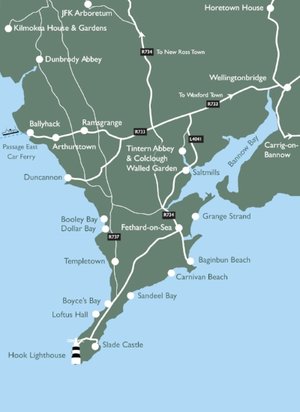 A BRIEF HISTORY OF THE HOOK PENINSULA

Hook Head (Rinn Duáin) is a headland in County Wexford, Ireland, located on the east side of the estuary of the three sisters rivers (the Nore, the Suir and the Barrow).

It is part of the Hook peninsula and is adjacent to the historic townland of Loftus Hall. It is situated on the R734, 50 km from Wexford town. 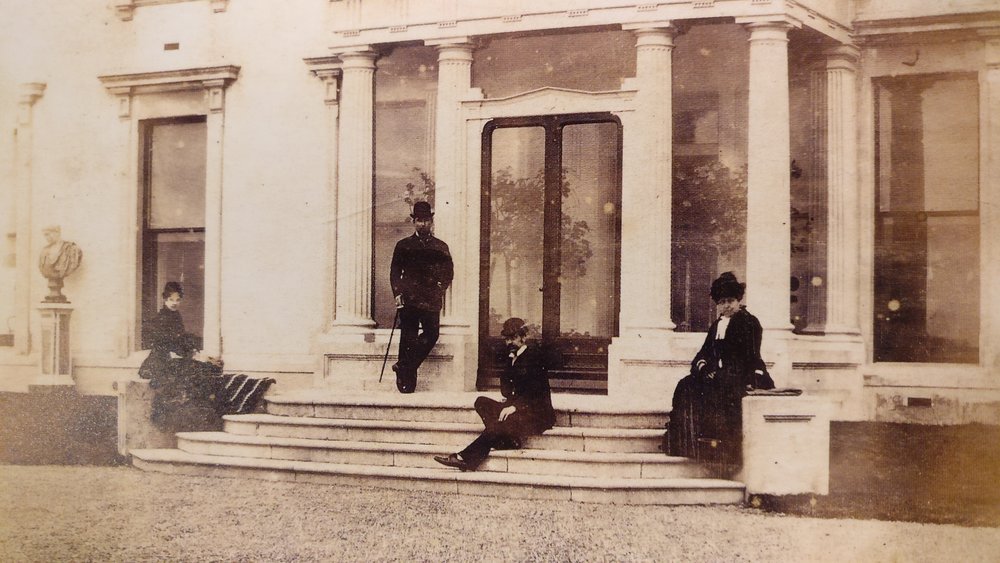 Loftus Hall is a large mansion house situated on the Hook peninsula.

It is located on the right-hand side as you drive towards Hook Lighthouse on the tip of the Hook Peninsula.

The first castle was built on the site in 1170 by the Norman Knight Raymond Les Gros, who changed his surname to Redmond to adapt an Irish identity.

The Redmond family built the Hall in 1350 during the time of the Black Death to replace the castle.

It then became known as Redmond Hall and stayed in the Redmond family until the 1650s when it was given to the Loftus Family who were English Planters, as part of the Cromwellian conquest.

It became the principal residence of the Loftus Family in 1666 when Henry Loftus, son of Nicholas Loftus took up residence in the Hall. 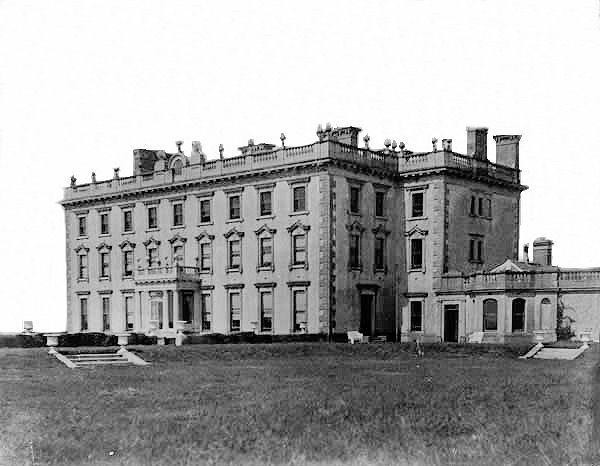 The building that exists today was heavily renovated between 1872 and 1879 by the 4th Marquess of Ely, John Wellington Graham Loftus in preparation for a visit from her majesty Queen Victoria. His mother Lady Jane Loftus, The Marchioness of Ely was Lady of the Bedchamber to Queen Victoria from 1851 to 1889.

The renovations to Loftus Hall were inspired by Osbourne House where lady Jane Loftus spent a lot of her time with Queen Victoria. Unfortunately, the Queen’s visit never happened and the Loftus family were left with a massive debt following all of the works.

Following his death without issue in 1889 and his mother’s death one year later, the Bankrupt estate was put up for sale.

In 1917 Loftus Hall was bought by the Benedictine order of nuns who resided at the Hall for 18 years.  It was then taken over and run by The Sisters of providence as a school for girls interested in joining the order until the early 1980s.

In 1983 it was purchased by Michael Deveraux who reopened it as “Loftus Hall Hotel” which was subsequently closed again in the early 1990s.

It was privately owned by Deveraux’s surviving family until late 2011 when it was sold to its current owners, the Quigley family from Bannow.

The Quigley Family have undertaken a huge commitment as the Hall was in a derelict state when it was purchased. They have secured the structure and are taking massive strides to re-generate the walled gardens, The courtyard and the house to ensure the future of Loftus hall for years to come.

THE LEGEND OF LOFTUS HALL

Loftus Hall stands alone and austere on the bleak landscape, This Backdrop adds to its eery story. It is for many years said to have been visited by the Devil, so many people from the surrounding area are nervous to enter the place after dark. 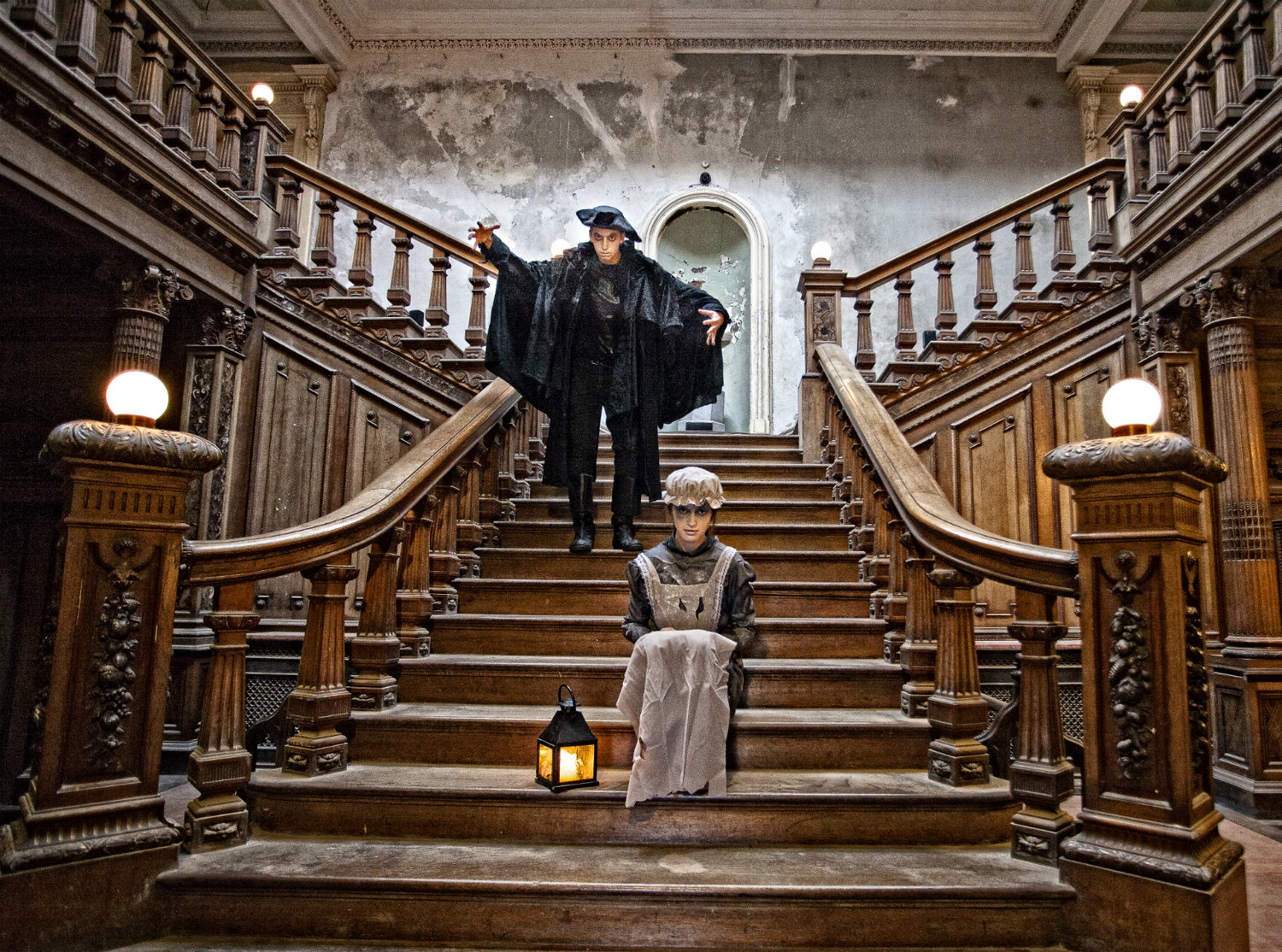 Legend has it that during a storm at sea, a dark stranger approached the Hall on horseback after his ship was driven into nearby slade Harbour with rough seas. He was invited in to seek shelter and spent some days with the Tottenham Family who were living at the Hall at the time. The young Lady Anne Tottenham was especially taken with this dark stranger and fell head over heels for him. One night during a card game, she dropped a card and upon bending down to retrieve it, she noticed that this dark stranger had cloven hoofs instead of feet. As soon as he realised what she had seen, he shot through the roof in a ball of flames.

Anne never recovered, she went into a state of shock and madness and her family locked her in the tapestry room for fear that anyone would see her.She died a couple of years later, still quite young, but her death was no release as servants and family members reported seeing her wandering through the house at night. The family had the local catholic priest Fr. Broaders exorcise the Hall but he could not exorcise the tapestry room.

This story has been told through the years and many have said there is something about Certain areas of the Hall, its atmosphere, the temperature and the general feeling of unease.

Since Loftus Hall was re-opened to the public in 2012 for house tours, people claim to have felt and seen things in the Hall that have left them wondering..